Review Score: 4 out of 5 star From 2 user ratings 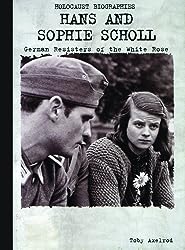 Book Introduction: The history of the Holocaust is in many ways the story of individuals. Expanding on Rosen's acclaimed Teen Witnesses to the Holocaust series, these new biographies explore key figures: those who perpetrated the nightmare of the Holocaust, those who suffered during it, and those who managed to act heroically during it. These gripping and affecting books help teens understand the heroic, infamous, and little-known people of the Holocaust.

During the worst years of Nazi rule, it seemed as if all of German society had lost its moral bearing. Yet with nothing personal to be gained and everything to be lost, there were heroic individuals such as the Scholls, who resisted Hitler's diabolical regime, sacrificing themselves in order to save others.