Review Score: 4 out of 5 star From 14 user ratings 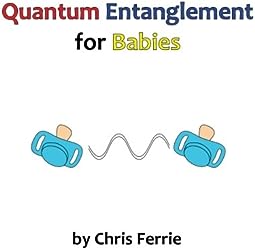 "Absolutely not. The example they give to get things going becomes harshly interrupted and irrelevant halfway through. Other books of these series are better." Daniel Guglielmo said.

"OK, I still don't have a full grasp on quantum entanglement, but a spark has been lit! I love this series. Yes, it's for babies, ha!" Jeani said.

"Gets an extra star for being even more hilarious of a concept than General Relativity for Babies. Stars for the effort." Rebecca Light said.

"Uummmmmmmm...huh? Obviously written for parents, other than the brightly colored board book part." Kelly said.